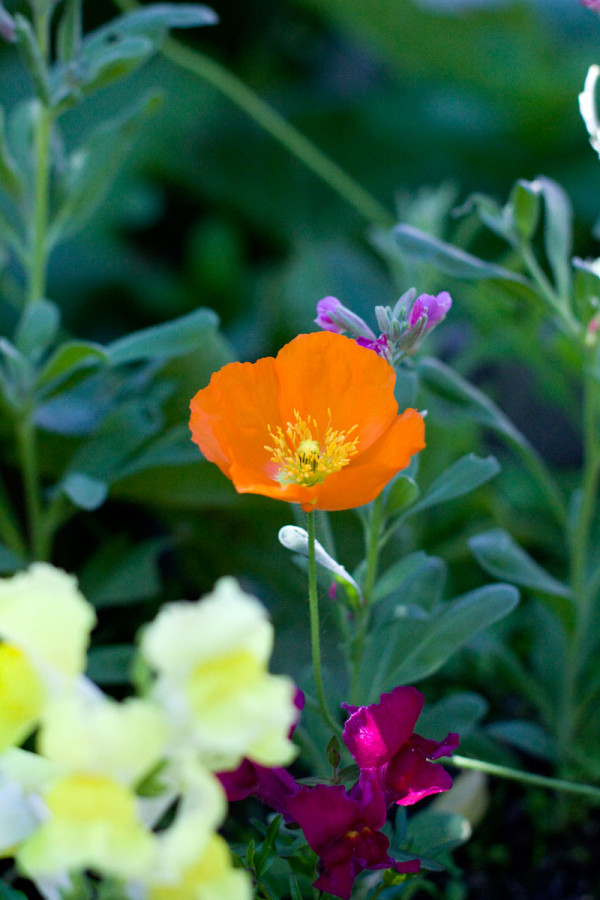 The first of the spring poppies to open. 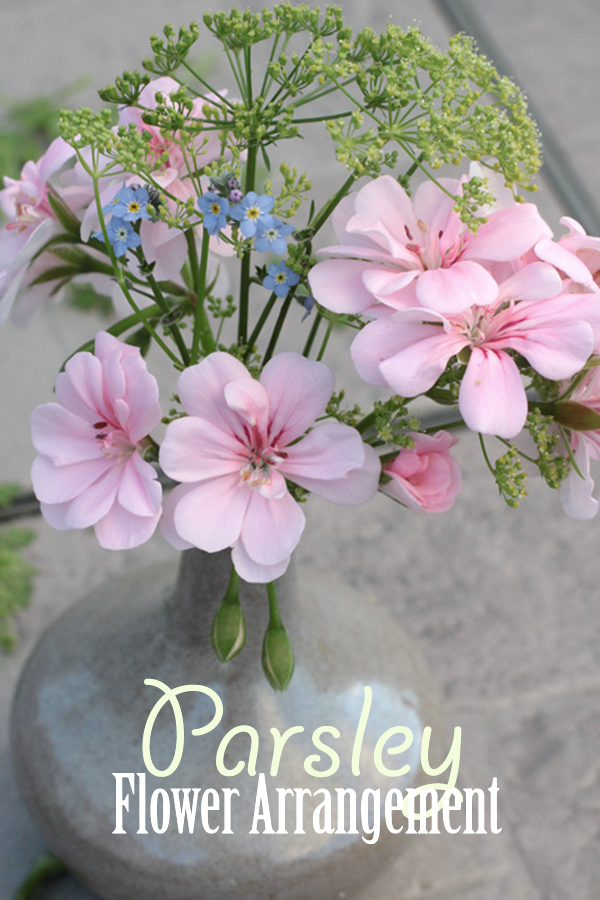 I love creating small arrangements from flowers I find in the garden. Although it’s the middle of winter here there are actually still quite a number of flowers about. I noticed these parsley flowers were particularly pretty at the moment as they were just starting to bloom. I’m usually disappointed to see these as I know this means the plant is on its way out, but today I thought I’d make the most of them being around.
I paired them with a few little forget-me-nots and some pretty pale pink flowers. The parsley stems were covered with a  fairly large amount of leaves which I snipped off and put aside (to use in my lunch!) I think they have such a delicate beauty and look great just even on their own. I’m hoping they will dry well too. Even though they are winter flowers, I love that they bright, sunny spring-time feel. 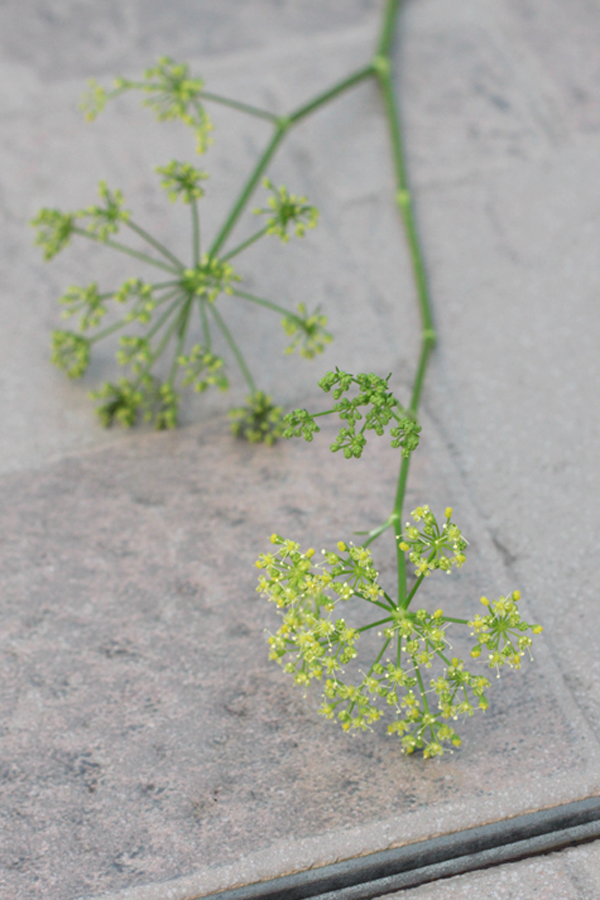 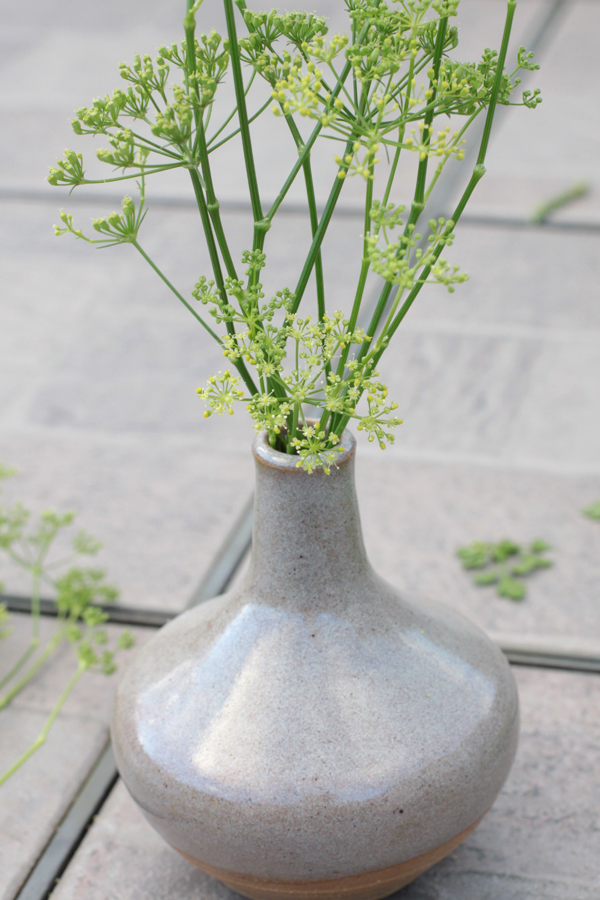 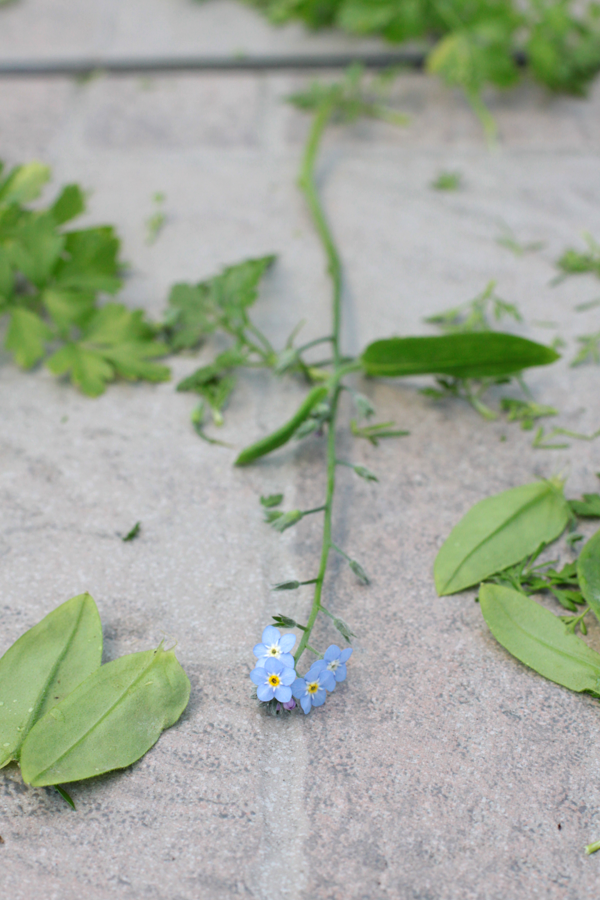 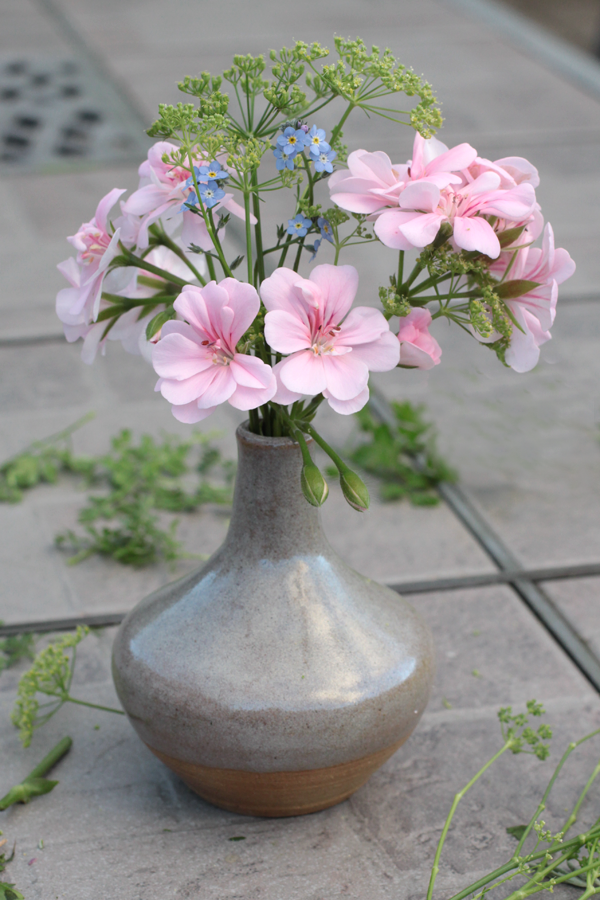 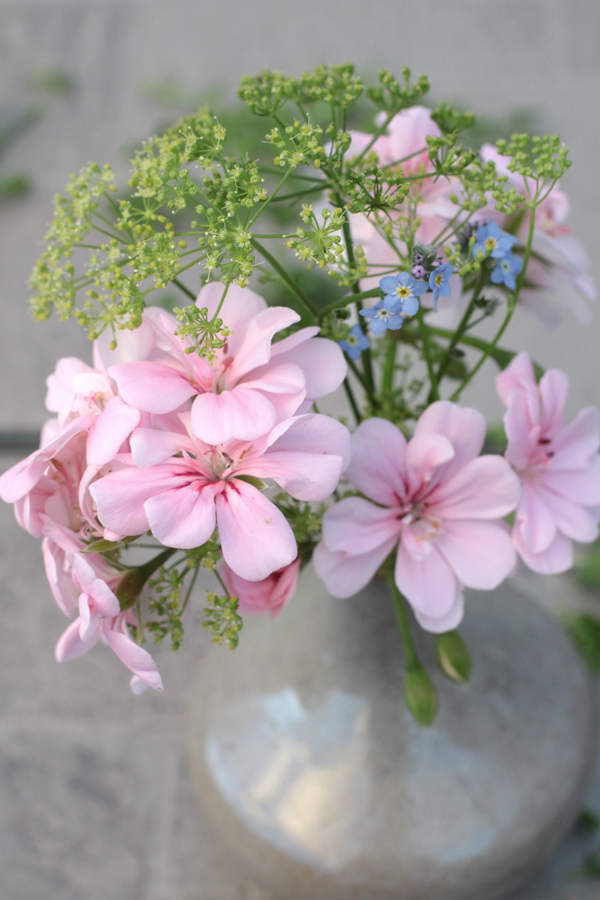 Have you ever used parley or other vegetable/herb flowers in an arrangement before? Which ones are your favourite to use? 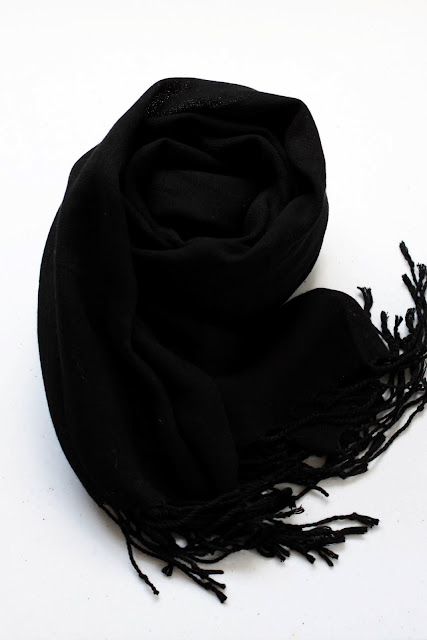 Do your remember this black scarf I bought on my $50 shop? Well I did have an ulterior motive for buying this!…….. Adding sew-on gems!!!!

This scarf was really wide so I folded in half and sewed the sides together.
I then folded in half again.
The gems I bought were just from the local craft store, it was a really good packet as it had a mix of all sorts of shapes and colours.
I arranged the gems into a flower pattern. I’m sure any pattern would look great here – flat-back gems look amazing on anything.
After all the gems were in place I proceeded to glue them on with super glue. The one I used here is a new purchase that I’m very excited about. It’s called Ultimate Glue by Crafter’s Pick and it’s a non-toxic, water-soluble superglue.
Remember to use gloves and work in a ventilated area when you are using stronger glues.
Once all the gems were glued I proceeded to sew them on (this really in an optional step, if you use enough glue if should hold them well-enough). 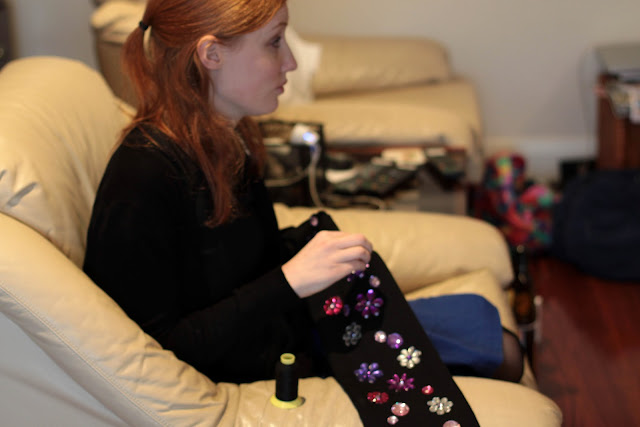 It did take a while to sew this (1hr). Just as well I recorded The Voice the other night! Go Celia, Jackie and Harrison! 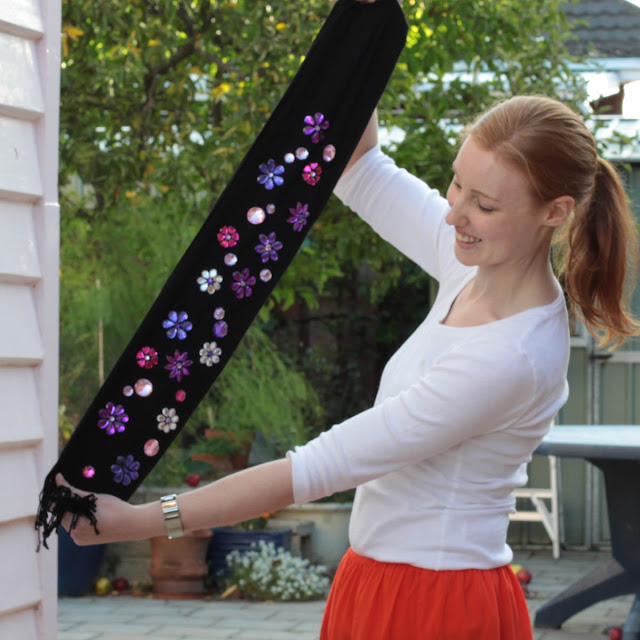 I actually only had enough gems to do a bit less that half of it – but I don’t think it really needs more and sits better by being quite minimal. 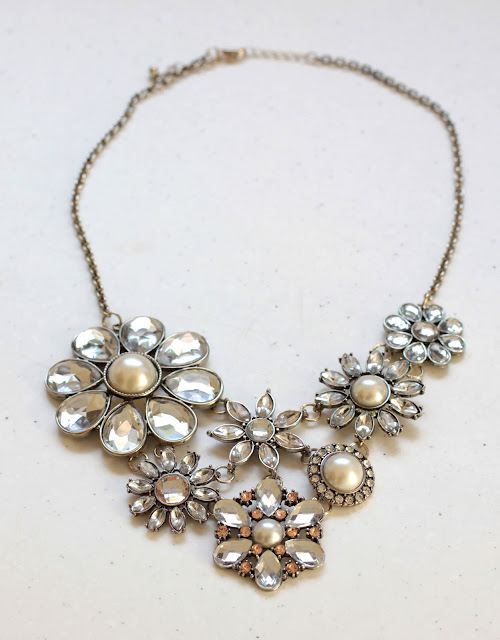 This amazing necklace is what  first inspired me to make the scarf. I bought it from Portmans earlier in the year. I originally got the gems with the plan of making a similar necklace. I’m still going to try to make something like this but I thought a scarf is more appropriate for this time of year (Autumn for me).

Also linking up with 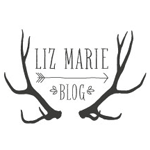